The Tinn-R is an editor/word processor ASCII/UNICODE generic for the Windows operating system, very well integrated into the R, with characteristics of Graphical User Interface (GUI) and Integrated Development Environment (IDE).

It is a project registered under the General Public License GPL, that is, an open source software.

The purpose of Tinn-R project is to facilitate the learning and use of all the potentiality of R environment for statistical computing.

For novice users use will greatly accelerate the learning of R.

In a nutshell, a tool case for editing and word processing: easy to use for a novice and a very flexible and versatile for experienced/advanced users. Some R users may prefer other editors/GUIs which are more powerful and with more features such as: Vim + Vim-R-plugin and Emacs + ESS, the two most widely used. However for both, learning is much more difficult.

The project began in mid/2003, six months after the current project coordinator (CPC) start working with the environment R. In August/2003 he had decided to adopt R as the main tool in the teaching of statistics (his main activity) and also statistical data analysis (second main activity).

The initial objectives of the project with respect to R were three:

After the CPC have tested almost all GUIs then available:

as well as other popular editors offering resources to interact with R:

he realized that he did not adapt well to neither the GUIs nor the editors tested. Furthermore, he worried about the difficulties related to teaching (installation, configuration and usage) in the laboratories of statistical computing.

Among these, the Emacs + ESS was the best known, recommended and used by experienced users, however, with difficult configuration and usage for the novice user (main public teaching on the R statistical computing) or casual. Additionally, the interface was not pleasant to users accustomed to the rich Windows graphical interfaces. Moreover, some projects were still fledgling, while others had problems of continuity.

The CPC imagined that an editor could be customized by adding features that the GUI needs. Since he had already been an old programmer in Object Pascal, it would be interesting to start from an open source editor written in this language, and adapt it to his needs.

After searching the internet and preliminary tests, six editors developed under the Delphi IDE then Borland (now Embarcadero) were selected.

Both had the basic features needed. Among them, the Tinn (Tinn Is Not Notepad) showed greater structural simplicity, better performance and greater stability, which led to his final selection.

Although the basic features of a generic and simple editor had already been implemented by the developers, there was still much to be done in relation to the editor and future GUI. The small group of Tinn developers was reported (although this is not a requirement of the software under the General Public License - GPL) of the CPC´s intention to have new features implemented. They worked together in the source code of the editor Tinn for about five to six months until realizing, given the new requirements, that would not be possible to keep it generic, according to the original design of the project Tinn. Then, in November/2003 a new project started: Tinn-R.

In December/2003 the basic features allowing communication with the R environment had already been implemented and the program used by the CPC for his analyzes. It would also be used in the classroom of a statistics graduate studies at the UESC/PPGPV (still in preparation, and scheduled for March/2004).

In January/2004 a copy of the software was forwarded to the coordinator for GUI projects of CRAN (The Comprehensive R Archive Network), Dr. Philippe Grosjean. The project received high praise and a number of suggestions, most were (largely) implemented in the short term. Others, due to complexity, took the long term.

At a later stage, Tinn-R was made available to R users in SciViews-R home page, maintained by Philippe. The project name (Tinn-R) was one of the suggestions made by Philippe. The version 0.0.8.8 R1.04 (Jan/2004) was the first one to be released. The authors were then José Cláudio Faria and Mark de Groot. Mark was one of the remaining members of the original Tinn team project, Philippe was then collaborator. This was the first published version of the project.

Subsequently, given the effective collaboration in defining the characteristics of the project, and the development of the R functions that allow better integration between the two programs (Tinn-R and R), Philippe was invited to be co-author of the project. Mark de Groot, an excellent programmer in Object Pascal, since having no affinities with statistics, began to move away from the project, becoming a sporadic contributor and since 2006 no longer contributed to the project.

Registered under the General Public License GPL, the project gained many supporters and countless suggestions began to be sent by new users. The project's success is attributed to the experience of Philippe in GUI development for R, to his suggestions (always requesting more resources than the CPC was willing to implement), as well as the users' (the same), which effectively determined the direction of its development.

The project began to be used as editor of Editor/GUI, simple, yet efficient, in educational and research institutions related to statistics and R. Over the years we sought, within the time available for this activity, answer, in the best possible way, the demand and feedback from users, which may be your great advantage: a program designed by users for users.

In late 2006, Enio G. Jelihovschi joined the project, becoming responsible for its documentation.

In 2008, the post-doctoral of CPC (ESALQ/USP, under the supervision of the prof. Clarice G. B. Demétrio) with a scholarship from CNPq had the title: TINN-R - GUI/EDITOR FOR R OPEN SOURCE ENVIRONMENT FOR STATISTICAL COMPUTING, had two main objectives:

The first objective was met in full. As for the second, studies of the main alternatives (using the multiplatform Lazarus and migration to the platform .Net under MONO) were developed. After contacting teams of developers of those tools and environments, and also preliminary testing, we finally reach the conclusion that, in both cases, it would be an overwhelming task and the final results unreliable.

The Embarcadero, after the acquisition of the compilers from Borland, has made serious efforts to enable the compilation of code in Object Pascal/Delphi available in other platforms, beyond Windows. Thus, it is envisaged in the medium and long term, the possibility of porting the Tinn-R project for Linux and Mac. 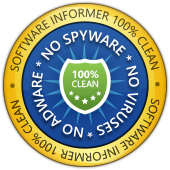 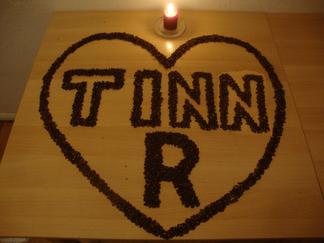 I am a very happy and satisfied user of Tinn-R. (Raphael Seitz - Technical University Berlin - Germany - Author of the nice picture above)

I work with R since years and tried many editors. Many of them has good features as well, even ones that are not in TinnR up til now (code folding) but this one is the best of all, very handy, easy to use even for beginners, usable from USB just with 2 corrections in preferences. Excelent work. Many thanks to José Cláudio Faria and Philippe Grosjean. (Udo Junghans)

Tinn-R has greatly simplified and accelerated my development of R script since I began using it about one year ago. Tinn-R is an impressive open source tool. Calling it, a GUI code editor is a bit of an understatement. In several ways, when used in conjunction with R, you have a highly capable environment that begins to approach the features and functionality of an Integrated Development Environment (IDE). Also impressive is the level of commitment and support this tool receives. (Dan Hunt)

An exceptionally powerful tool for leveraging R's strength's. It is clear from use over the last year that the development team is serious and capable - that makes this a robust addition to one's toolkit. (Boramark)

Excellent useful program. Works excellently with R - much better for me that using the native windows Rgui. Allow you have multiple script files open simultaneously. Code is nicely formatted. (Tom)

For me this is essential if you're going to use the free program R software. (JJ)

Very good project, thanks a ton for giving out. (Elijah Snider)

Thanks a lot everywhere! (Roderick Crockett)

Works great. Thanks to the developers of this app. (Anna)

The best program that I've ever used. (Adolphus Keefe)